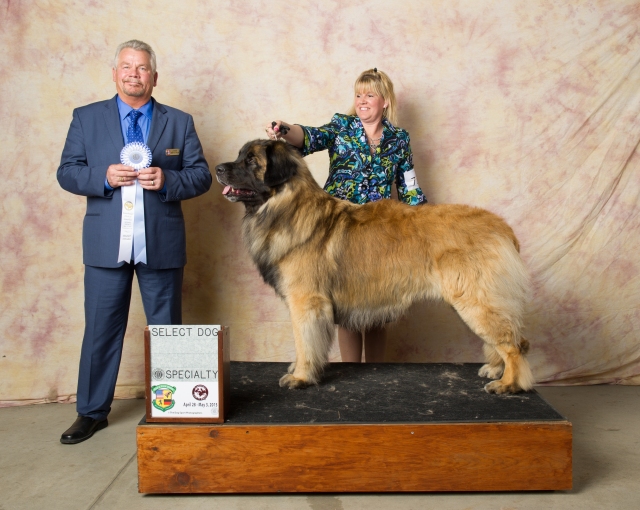 Micah, owned by Ben and Sarah Horrocks, was a wonderful example of the breeding between Boudica and Huck.

Micah was a wild child with LOTS of vim and vigor and approaches life at full speed!

We were confident that he would do well after a great showing as a young pup at the Leonberger Club of America National Speciality where he tore up the show ring in Puppy Sweeps.

Micah took a major win at a large show in Middleburg, VA